Our mission is to partner with seasoned business leaders and entrepreneurs to build and transform businesses. We are dedicated to our client’s success by providing quality technology products, services and innovative ideas. We also go beyond technology and provide help and expertise on your business model, pricing, funding, and, most importantly, creating meaningful and relevant connections.

We believe being honest and trustworthy are at the heart of our business. Our clients feel genuine collaboration because they know they can trust that our goal is the betterment and success of their business.

We are re-investing in the communities we operate in.  We enjoy creating value and delivering products and services that make a positive impact on society.

We are a team of collaborators! We promote open communication, ideation and discussion through trust and mutual respect. Ben has spent more than 15 years building software products and has been intimately involved at every level of the software development process. The breadth and depth of Ben's technical skills combined with deep business understanding and clear communication make him a distinguished leader for all things digital.

As an experienced executive and entrepreneur, Ben has founded several successful startups including Learn Platform, a Techstars alumni. He received his B.S. in computer science from Principia College and his MBA from Wake Forest University. Daniel began his career focusing on asset management, banking, and capital markets at PricewaterhouseCoopers. Before founding Dualboot Partners, Daniel was the VP of Finance and Operations of a digital agency with over 100 team members. He holds a B.S. in Organizational Development from Vanderbilt University and a Master of Accounting from UNC Chapel Hill.

Daniel is passionate about community involvement and sits on the board of the Charlotte Rescue Mission. He is an avid sailor and has skippered several trips in the Caribbean with his friends, family, and wife Lisa. Todd’s career is anchored at the intersection of entrepreneurship, people, and digital. Todd has over 20 years of experience managing digital products and serving as a catalyst for growth. Before founding Dualboot Partners, Todd was a founding member of Elogex, Bella Tunno, Cloud Logistics, and Castle Digital Partners.

Todd is an investor in post-revenue startups and is active in the local community. He serves on the boards of Society of Information Management (SIM) Charlotte, Speedway Children’s Charity, American Football without Barriers, and Bounce Out the Stigma and previously was the Board President at the Charlotte Rescue Mission. Todd lives in Charlotte, NC with his wife Michelle and daughters Riley and Ella. Connect with Wade
Accomplished, product-focused technology leader with 15+ years of experience building and managing high-performing, collaborative engineering teams in rapidly growing tech organizations. Demonstrated success in diverse environments, from early stage startups to large corporations, with deep expertise in software development, devops and infrastructure management, along with an extensive background in sports technology, EdTech, and other mission-focused tech sectors. Excellent reputation as a mentor and developer of talent, cross-functional collaborator, and articulate technical leader who not only understands what makes customers happy, but knows how to successfully deliver. Likely the only technology executive who is also a National Hockey League PA Announcer, improv comedian, pro wrestling ring announcer, and ice hockey player/goalie. Connect with Allen
Experienced SaaS operator. First employee and part of the founding team at Springboard Retail (acquired by Heartland/Global Payments in February 2020). Built out Product Management and Customer Success functions and helped scale the company from $0 - $5M in ARR. Connect with Allison
Product-focused technology expert with experience building and managing product strategy, design, and execution and leading engineering teams in rapidly growing organizations. She has extensive background in sports technology with working experience at fast growing SportsTech startups as well as a National Sports Media brand. Also, a proud collegiate softball player with a career highlight playing in the NCAA Tournament. Brian has spent nearly 25 years building cutting-edge products with passion, responsiveness and creativity. He founded Enertia Enterprises which specialized in media components for radio, television and newspaper sites including the “Games Perform” gaming engine, an audience engagement platform used by over 60 media outlets and Fortune 500 companies including the St. Louis Dispatch, Bridgestone Tires and Swift Transportation. Connect with Jeff
Began his career at Nortel as a software engineer, before catching the startup bug. Since 2000, he has been involved in the Durham, NC startup ecosystem with companies such as OpenSite, Motricity and Albright Digital, where he was a co-founder and Director of Product and Technology. Since exiting Albright Digital, Jeff has been consulting in the areas of Product Management, Project Management and filling the role of Fractional COO/CTO at various startups. Jeff earned a bachelor’s degree in electrical engineering from North Carolina State University and an MBA from Pfeiffer University. Connect with Chris
Chris has been working in the software world for +20 years. He is experienced in multiple areas, as he previously worked as a business analyst, business consultant, implementation, product, and project management, as well as a director of client services. Connect with David
David’s entrepreneurial career began over 10 years ago in Silicon Valley while attending Stanford University, where he played quarterback for the football team and worked with a global top-10 venture capital firm. He has since produced at every level for tech organizations from coding to business development to product management. David has most recently consulted for some of Charlotte's top Fortune 500 companies on their digital product strategy. Connect with Parker
Parker Wilson has experience in software development, retail, manufacturing, marketing, e-commerce, and business development. She worked on the operations teams at lululemon Athletica. Her focus areas included customer experience, brand consistency, and operational streamlining for all brick and mortar locations in North America. She's an investor in early-stage CPG companies that are mission-driven and focused on sustainability. Committed to helping her community, she’s a board member Wilmington Chamber of Commerce and involved in Wilmington-based nonprofits including Communities in Schools and Young Life. Parker is a graduate of the UNC Kenan-Flagler Business School and proudly serves on their board. Connect with Colin
For almost ten years, Colin Thornton has helped companies drive revenue as an experienced product leader. He has experience mapping and managing the entire customer experience from product strategy to sales. He prides himself on being “relentlessly resourceful” and recently drove digital product strategy for Bank of America. When he’s not working, you’ll find him with his wife and rescue dog exploring Charlotte or cheering for the Braves, Bulldogs, and Bengals. 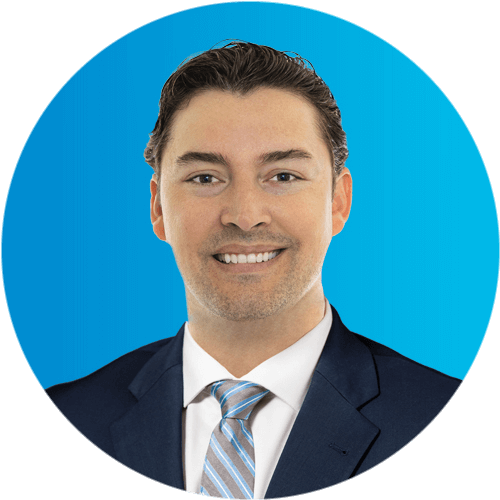 Connect with Sean
Sean’s product experience is broad and spans multiple verticals including eCommerce, web development, apparel, SaaS, IOT, fitness, electronics, home goods, iOS/Android, printing/ graphics, and Amazon FBA. His career as a product-focused entrepreneur began over fifteen years ago. Since then, he started and/or co-founded eight profitable companies and exited one. He’s worked with several top-tier startup accelerators, helped raise millions in venture funding, and served a number of Fortune 500 clients. Sean studied architecture at the University of Southern California and applies those same principles to his work as a Product Director - listen to the client, build a solid foundation, and design it better than anyone else.

Dualboot has a strong belief in supporting and actively participating in local and nationwide charities and nonprofits. We have a passion for giving back to our communities so that we’re all stronger and better together.

Snapshot of Organizations We Support

We believe in actively growing our local ecosystem, so we are also angel investors and VC Limited Partners. This involvement also provides us with a wide range of connections and a strong network to help our customers get connected during their growth.

Growing our ecosystem also includes partnering with local organizations that align with our mission and help technology innovators and entrepreneurs to be successful.

We are proud and active sponsors of: We attract and retain top talent for our ecosystem.  And we are proud to be publicly recognized for the work and support we do.